The classic Potato Pierogi recipe but EXTRA! These loaded baked potato Pierogi are stuffed with bacon, chives, sour cream and cheddar cheese making them the BEST Pierogi ever.

There’s a chill in the air and that only means that we can now hide our comfort eating with big, cozy sweaters and baggy sweatpants. It’s my favorite time of year.

And the exact time of year when we start rolling out the pierogi dough to stuff with all our favorite things. This week, it’s Loaded Baked Potato Pierogies.

You heard it….we took everything we love about a loaded baked potato and stuffed it into my homemade pierogi dough for a meal that’s worthy of a long winter’s nap.

Pierogi are filled dumplings of central and eastern European descent made with unleavened dough then filled with either a savory or sweet stuffing before being boiled or pan fried.

This Easy Loaded Baked Potato Pierogi recipe is made in two parts to simplify the process even more. Both steps can be made in advance.

We created this recipe by dressing up our favorite Potato and Cheese Pierogi recipe with more flavor….and extra bacon.

HOW TO MAKE PIEROGI

When my grandfather started boiling potatoes and working on the dough….and you were in the house you absolutely had to help BECAUSE….when he started making pierogies he was going to make hundreds of them.  Not just a dozen or so…he was making enough to feed the entire polish army.

So, I had lots of practice of the years but funny thing, I still had to ask my mom for the recipe. I guess I was just part of the assembly line and not the actual cooking.  She wasn’t much help because she said potatoes, cottage cheese, onions and for the dough….flour, egg, milk.

Not really any measuring.  Just kind of winging it.  And they BOTH used to just make the dough on the kitchen counter in a “flour” bowl. Just making a well in the middle and whipping up their dough right there. On the counter. Measuring the milk in a tall glass with egg whisked in.  The insanity.

You can use any type of cheese you like but we fill our pierogi with a potato and cottage cheese filling much like vareniki fillings.

So, for all of you…so you TOO can make Loaded Potato Pierogi I created an actual recipe. With measurements and cooking times and {gasp} a stand mixer to make things super simple.

HOW TO COOK THEM

To cook your Homemade Potato Pierogi, you have a few options.  We like to pop out pierogi into a pot of salted boiling water and cook them until they float to the top. When they float, they’re done.

Or you can simply pan fry your potato piergies in a skillet with caramelized onions and lots of butter. The onion butter is a great sauce for your pierogi!

OR you can do both….boil then pan fry for pierogi heaven on a plate.

TO COOK FROM FROZEN:

No need to thaw your frozen potato pierogi….simply cook them in a skillet with a bit of water until soft, then add butter and pan fry until lightly brown on the outside and warmed through on the inside.

WHAT TO SERVE THEM WITH

If you want to add a side dish, this Kielbasa is fabulous with them as is my favorite fried cabbage.

Sometimes we like to have a big Polish buffet and serve them with a pile of stuffed cabbage rolls and a bowl filled with Haluski! 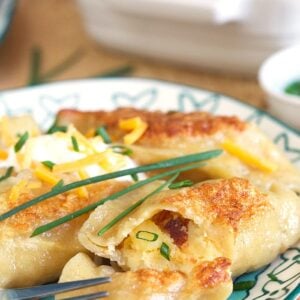 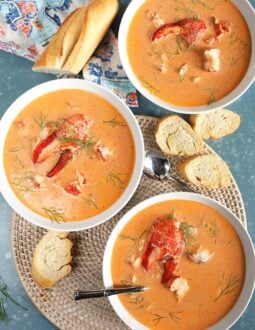 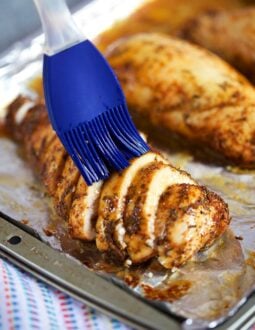 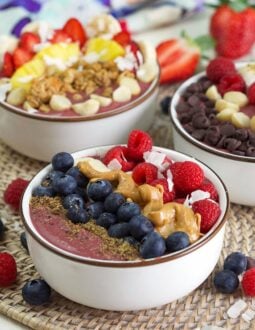 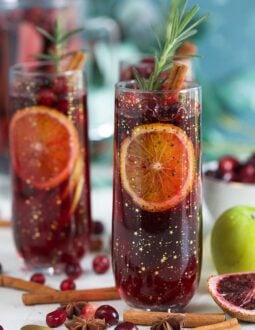 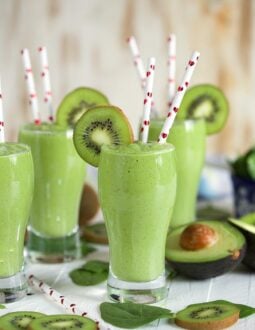 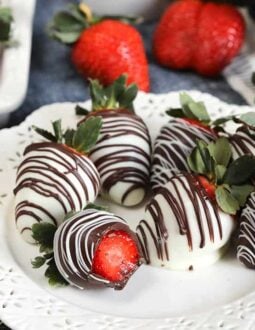